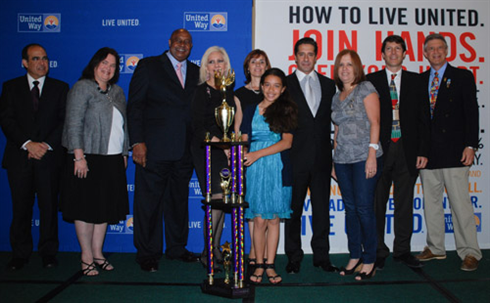 We all share responsibility for our children’s education based on a strong belief that learning must be the highest priority in our children’s lives – they have no future without it.” — Alberto M. Carvalho, Superintendent of Schools.

Alberto Carvalho’s credo is manifested in the drive for increasing magnet and school choice options for our children — 36 launched in this academic year alone — and in the push for improved school infrastructure and technology to bridge the digital divide and equip our students to compete with their peers across the globe*.

All evidence points to increasing academic performance under the current administration — with a particular point of pride in the Miami-Dade County Public Schools (M-DCPS) nomination for the prestigious Broad Prize for Urban Education. With only 75 school districts in the United States eligible, and no applications accepted, M-DCPS was selected by a national jury as one of five 2012 finalists. Overall district performance and the outstanding academic gains by Hispanic and African American student populations were the catalysts for the selection.

In a business that is all about community, the teachers, administrators, bargaining units and students at M-DCPS, give back every single day. Guided by teachers and campaign mentors at every school in the district, students find increasingly creative ways to help their neighbors. The students volunteer their time and talents to make celebratory and fundraising activities such as “twin day”, “crazy hat day”, “story book character day”, or “dress up your teacher day” successful.  Students at one school even produced a rap video — all in an effort to join hands and hearts for a more educated community.

Four decades after a 1970s School Board rule selecting United Way as the philanthropic choice for M-DCPS, the school system has led the way as one of United Way’s best school system campaigns in the nation. It is a partnership that throughout the years has raised more than $25 million and has improved the lives of tens of thousands of individuals and families right here in Miami-Dade. In 2011, the school system raised $1.8 million, with nearly $600,000 raised by the students.

Beyond the support of our community through United Way, teachers and administrators watch out for their students’ well-being. From helping out families that need assistance with their basic needs to children whose families are experiencing a crisis, the goals are to ensure that no child feels isolated and that children and their families can fully participate in the educational experience. This loving care is possible through partnerships with organizations and individuals across the county.

*Our community will have a unique opportunity to provide for these initiatives by voting in the upcoming general election on November 6 and supporting Item 222 on the ballot. More information is available at http://bondsforschools.dadeschools.net